Water Levels and Flow along the Tay waterway increased substantially between August 6 and 7, due to a large increase in flow from the Bobs Lake (Bolingbroke) Dam.

There has not been a notice from Parks Canada, who manage the dam, regarding the amount of the increased flow.  Water levels in Bobs Lake, above the dam, have been normal for several months, but the flow had not been increased to address the extremely low levels that have existed since February along the rest of the Tay waterway.

For some months, the flow at Perth has varied between 25% and 50% of normal historic flow.  Christie Lake, just downstream from Bobs Lake dam, had been close to, and often under, its minimum historic level.

Parks Canada have not announced the reason for the sudden increase.  However, streamflow charts for some parts of the Rideau downstream, including Merrickville, had recently showed water levels below average, indicating a need to in the Rideau Canal system. 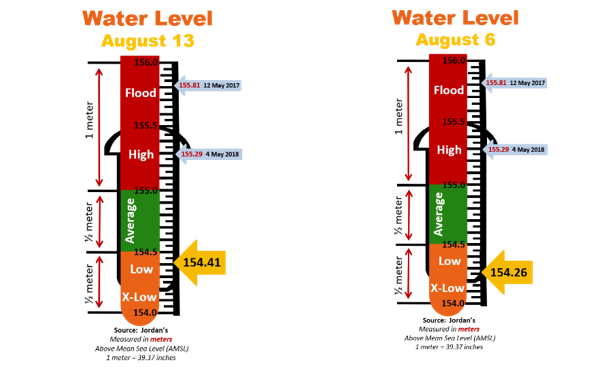