David Taylor Presented with Ontario Senior of the Year Award – 2022

Please see a well-deserved award of recognition for service below.  David has contributed greatly to the health of our watershed.  On behalf of the Christie Lake Association Inc., and the Christie Lake community, we thank David for his tireless work and dedication.  Congratulations David! 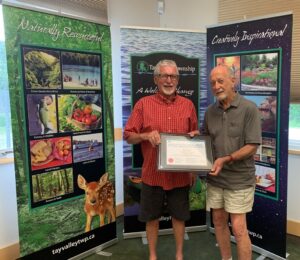