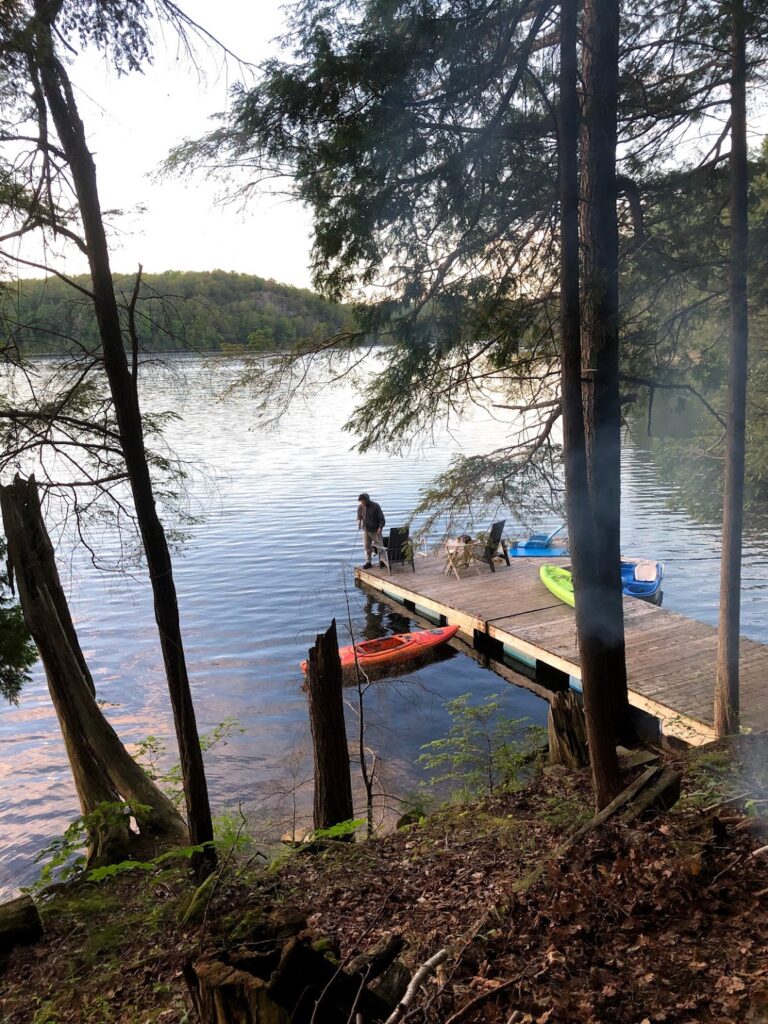 We have a cabin at the end of the lake beside the Boy Scouts and our dock was pulled from the shore in the wind storm in December. It floated down the lake and has parked itself at Hicks Island at the other end of the lake near Jordan’s.

My dad Wayne Sully who lives on the lake beside our cabin and my husband Rick and I drove down yesterday to Douglas Lane where Dale Ritchie has been so kind to keep an eye on it since it arrived lol to see how it weathered the winter. Using binoculars we were able to confirm part of it is still resting on the island, however it looks like part of both 10 x 16 docks are partly under water and barrels were spotted on the beach at Jordan’s and around the shore.

The dock had two grey heavy Adirondack chairs that endured the ride to the island as confirmed by Dale I hope to find them in the water nearby when we can get out on the water. There was also an 8×8 rafts attached when it left our bay. I suspect it may have detached and is somewhere else on the lake. It has or had the small barrels under it and had my last name and parents number on it.