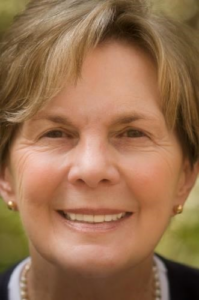 Joan Wilson of Emmaus, Pennsylvania died on November 19, 2022, from Parkinson’s Disease. She was 78 years old. She leaves her husband, Dick, of 56 years, her children, Jennifer Shaver and Douglas and his wife, Amber; her grandchildren, Jack and Matt Shaver; her sister, Susan Frank and her husband, Richard; her sister-in-law, Connie Wilson and her husband, Kit; and her cousin, Kathleen Perkins and her husband, Jay. She loved them all deeply.

Joan was born in Elizabeth, New Jersey, and was raised in Cranford and Flemington, New Jersey. Her parents were Chester A. Williams, Jr. and Charlotte Paul Williams. Her father was an engineer and General Counsel of the Singer Company, New York. Joan graduated from Endicott College.

After college, Joan worked as a dental assistant in Flemington. She married Dick in 1966. Joan and Dick started their family with the birth of Jennifer in 1969. During their years together, the Wilsons lived in Flemington, Cranford, New Vernon, New Jersey; Malvern, Pennsylvania; Tulsa, Oklahoma; and Emmaus. Joan was a devoted mother and grandmother. She was good at it. Over the years, Joan provided many opportunities for her family. She and Dick established a second home on Christie Lake, Ontario. For over thirty years, Joan’s lake home provided summer recreation for her children and grandchildren. It was a second community for Joan and Dick.

Over her life, Joan was active in many ways. She supported her children’s and grandchildren’s educations, provided for their social development, and broadened their outlook through travel opportunities. It is an understatement to say, Joan was a good “mother bear.” Joan volunteered in various communities for Girl Scouts, Boy Scouts, and school districts. Joan liked to ski with her family and sail competitively. Joan made friends easily and conscientiously maintained contact with them over the years.

Joan’s passing leaves a deep void in her family circle, but despite her loss, love between Joan and her family will not die. She cared.

A Memorial Service for Joan is planned in the Spring. Joan supported the Boy Scouts of America. If you wish, she would be pleased if you remember her through a gift to Minsi Trails Council, BSA.