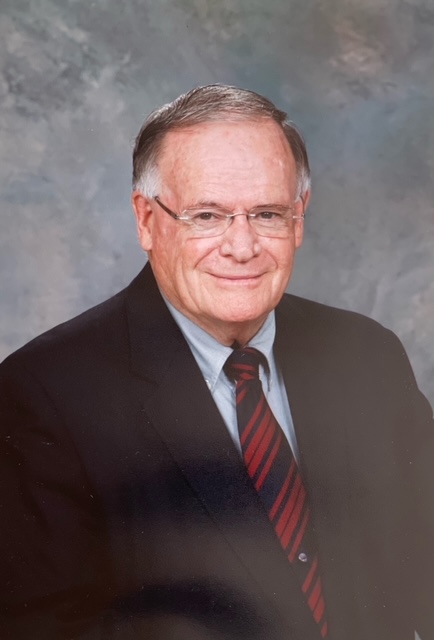 Peter McGregor Higgins peacefully passed away at the Ruddy-Shenkman Hospice Sunday, March 28, 2021.  Born in Perth Ontario March 11, 1938 he was the son of Joseph and Jean Higgins, brother of Joan Dales (deceased).  Beloved husband of Ida for 57 years and father of Ben (Alisha), Geoff (Laura) and Matt (Jamie) and grandfather of Emma and Thomas.  Keen genealogist and love of Christie Lake.  Many thanks to the doctors and staff at St. Vincent Hospital especially Dr. Mai and nurse Aisha and a shout out to the caring parking lot attendants. And especially many thanks to the staff and volunteers at Ruddy-Shenkman Hospice.

Peter graduated in Civil Engineering in 1961 from the University of Toronto.  He worked with the Ontario Water Resources Commission before going to the University of Cincinnati to pursue his Master’s degree in Sanitary Engineering, better known today as Environmental Engineering.  After a brief stint studying at Clemson University, he joined the Regional Municipality of Winnipeg.  Two years later he joined the federal government Public Health Engineering Division of Health Canada.  He was recruited by Ken Lucas, the Assistant Deputy Minister to join what became the Environmental Protection Service of the then brand-new federal Department of the Environment (later re-named Environment Canada), founded in June 1971.  Peter was perhaps the third or fourth employee at the time of the department’s creation.

Peter was the first, and, possibly the only Director General of the Water Pollution Control Directorate (WPCD). He was the architect of the federal regulatory program created under the authority of the federal Fisheries Act. It was a groundbreaking initiative which employed scientists and engineers who were able to lead government-industry task forces, charged with identifying and prescribing, via regulations, the maximum amount of pollutants that could be discharged by six specific industry sectors.  Intelligently, Peter’s efforts led to limits being set for those sectors, with each plant and company being free to choose whatever technology resulted in compliance. The regulations set the required results and left to the private sector’s innovation the choice of the technology to achieve those results. While the provinces and territories riled against federal statutory and regulatory requirements, that Fisheries Act initiative effectively spurred the provinces and territories to do better in controlling water pollution under their own legislative frameworks.  So, Peter’s efforts bore fruit far beyond the federal realm.

When the then Minister of Environment decided to create the first Canadian Environmental Protection Act, put in place in 1988, Environment Canada wisely chose Peter Higgins to lead the effort. The Act provided a framework for the protection of the environment and the control of toxic substances.  At that time, the federal Department of Justice was pushing federal departments to create enforcement policies for their legislation, and Peter was an eager advocate of this for the new CEPA.  The policy was to support the new Act by making it clear what was expected of industry and other regulatees in meeting the requirements of the statute and its regulations. Such a policy still exists today, leaving a legacy of Peter’s work under CEPA 1998, which replaced the original 1988 statute.

After a stint as Director General of Pollution Prevention, Peter went on to serve as Assistant Deputy Minister of the Environmental Protection Service in the 1990’s. Peter was revered as a fair manager who cared for employees, treated them with respect and protected them when need be. All those who worked with Peter respected him in return and felt a spirit of kinship with him.  He will be greatly missed by so many, including those among EC retirees who attended regular breakfasts.

After retiring from the federal government Peter joined SRD-Sustainable Resource Development Inc. consulting company where he worked for several years before establishing his own company, HIG Environmental Consultants, working on projects in China, Nepal, and the World Bank.

In Lieu of flowers, donations to either the Ruddy-Shenkman Hospice or the Kidney Foundation of Canada in memory of Peter would be welcome.