22 August 2017:   Your CLA directors have established a new committee to be known as “The CLA Water Level Committee”. Its purposes include:

If you have questions or wish to offer constructive comments, please email the Committee at cla.waterlevel@gmail.com.

BTW – Parks Canada has advised that water levels are not expected to go down through the summer into fall as has been past practice.  The reason, apart from a very high precipitation year, is that Parks Canada is trying to lower the high levels on Bobs Lake before winter sets in.

CLA-WLC – Letter to Minister of Environment and Climate Change

5 September 2017:  the CLA Water Level Committee sent its initial letter to the Minister of Environment and Climate Change, the Minister responsible for Parks Canada (Ltr To Minister(17-09-05) Final).  We shall report further upon receipt of the Minister’s reply.

The ‘Friends’ have posted drone (overhead) photos of the present dam site (at July 14, 2020), as an update to Parks    Canada’s November 2019 release, when construction Stage Two was nearing completion.

Thank you to David Zimmerly for the photos.
Your Board of Directors
Friends of the Tay Watershed Association

Christie Lake (a flow through lake) is unique in that its water level is a function of what is happening on Bobs Lake (a reservoir lake). It also has a very shallow outlet which causes a restriction to the flows thereby slowing the passing of water downstream.

Water levels and flow rates on Christie Lake are influenced by this shallow and uncontrolled outlet of the lake (at Jordan’s Bridge) and the water control operation at the Bolingbroke Dam (at the Bobs Lake outlet) by Parks Canada – Rideau Canal System. Balancing flow and water levels is not an exact science and very subject to Mother Nature.

Flushing rates vary from lake to lake. The flushing rate of Christie Lake is ~ 2.7 times per year. This high turnover of water volume means that sediments, nutrients, and pollutants may not accumulate as quickly as in lakes with a lower flushing rate. 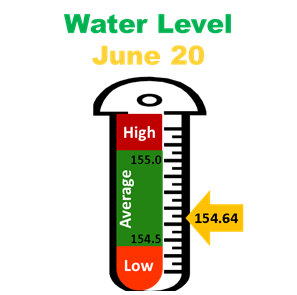 Water level is defined as the height (or elevation) of the water surface above the ‘geodetic datum’ (mean sea level), expressed here as Above Mean Sea Level (AMSL). It is usually expressed in metres (m). Note that we have set the following levels:

There are three methods to determine water levels for Christie Lake: 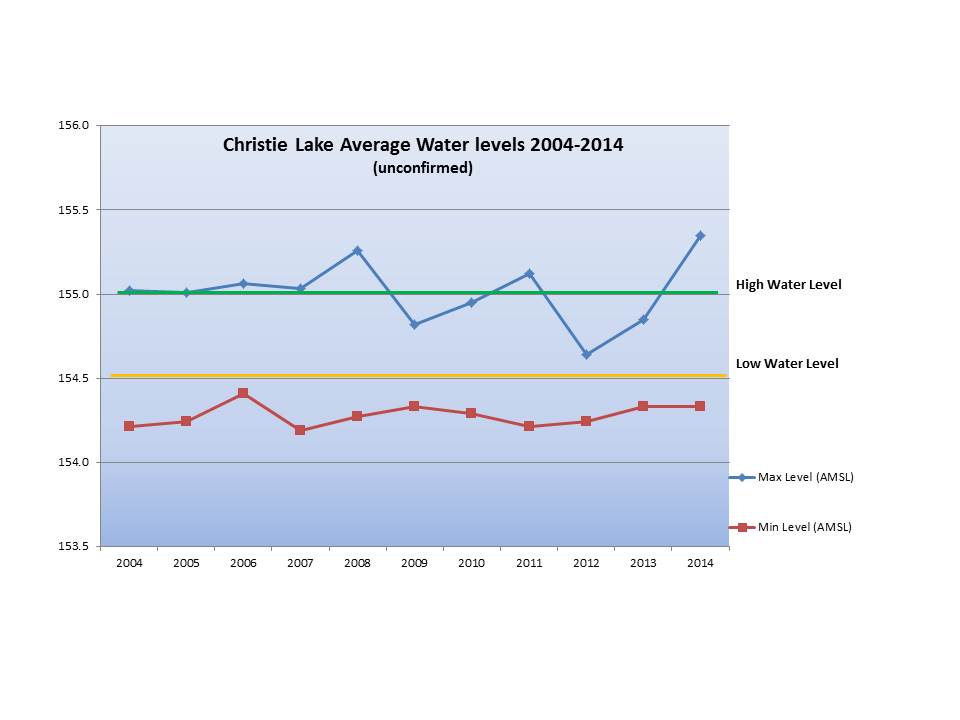 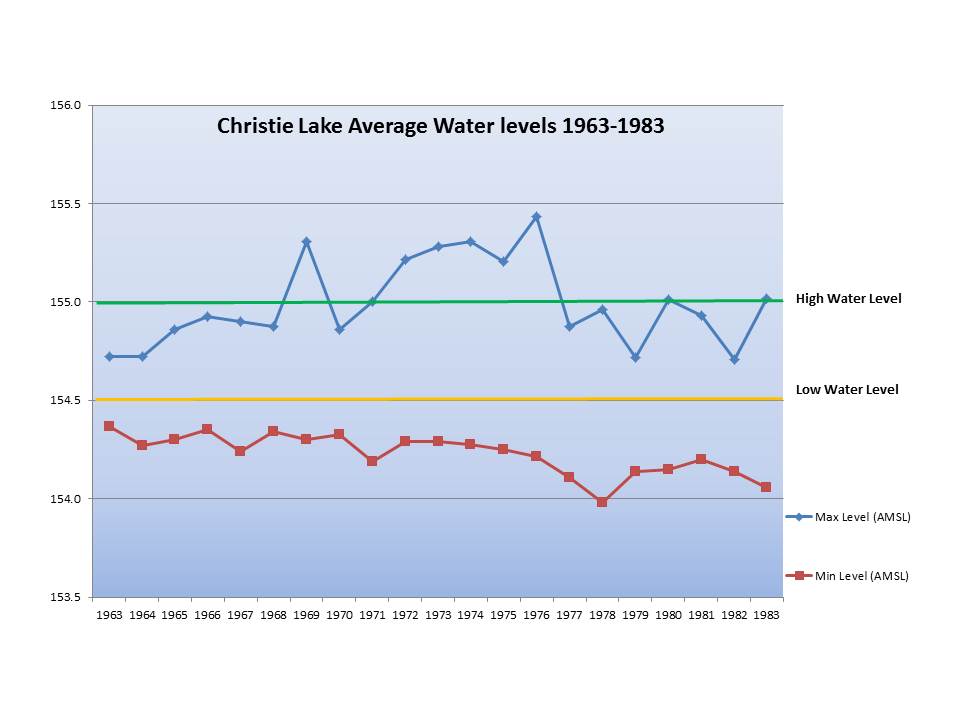 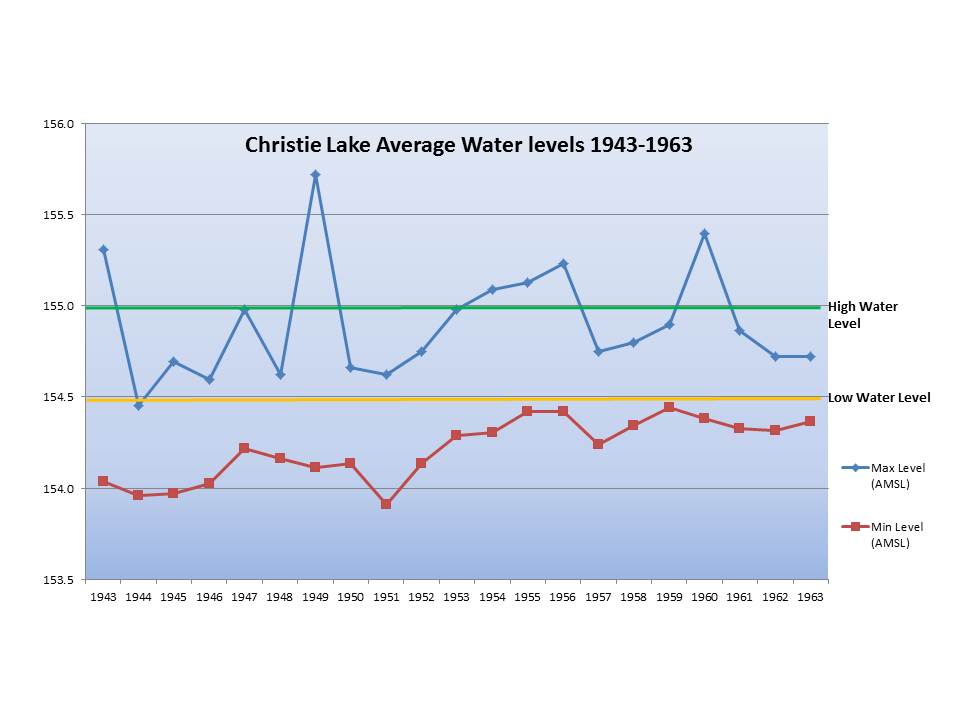